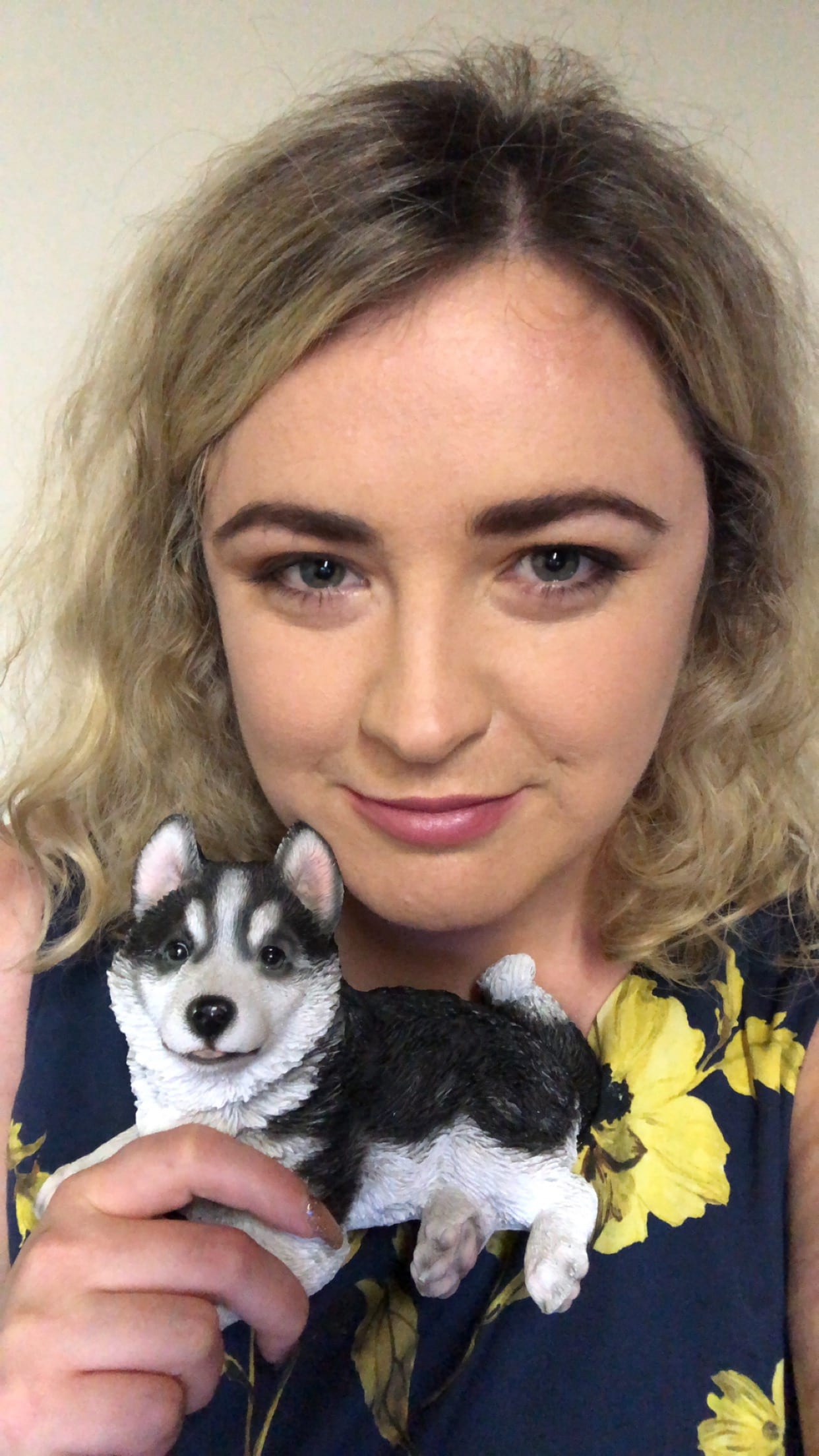 I was born with hip problems which have progressively gotten worse with age and has caused problems with my knees and feet and left me walking with a very distinct swagger. In my 30 years, I’ve learned how to walk 7 times and I’m sure I’ll have learnt how to walk another 7 times before my life is over. I’m lucky to have been raised to deal with the world with humour. I had been requesting my parents get a dog for years and for Christmas two years ago my father presented me with a dog figurine. After much discussion and laughter, the dog was named Running – because there’s nothing I love more than Running! (disclaimer – some days I can barely walk never mind run!) On a more serious note, it gives me such joy to have been nominated. Rebecca (my sister) studied Occupational Therapy in college as she wanted to help people like me live their lives as smoothly as possible. We never know the effect we have on people, and I’m so glad how I chose to live my life with positivity, happiness and an abundance of love can be celebrated!

Why Michelle was nominated:

Michelle is my older sister. She was born with hip problems that has led to her having knee and feet problems and being in constant pain daily. Michelle not only doesn’t complain but continues to be one of the busiest and giving people I know. She volunteers with old people on Sunday and Monday evenings, she attends college in NCI on Tuesday and Thursday from 6pm-10pm and knits scarves for anyone who will take them off her. She works full time but never makes anyone feel like she doesn’t have time for them as is the testament to her large group of friends. She demands high standards from herself, never making excuses for herself and is one of the funniest people I know. I greatly admire how she is striving to make not only herself a better person but to make the world a bit better too.

I’m absolutely blown away by being nominated. It means a lot to me to know the people around me recognise I’m trying to improve myself and help other people when I can.